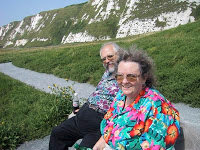 I met her in Palo Duro Canyon, a state park just south of Amarillo.  A church youth group held a picnic and a few dozen of us were there for food and various activities under the sprawling cottonwood trees that lined the creek that wound through the dry canyon.  About mid-day, almost everyone decided to head over to the horse corrals and do some riding.  Not me.  I knew about the caves near the Lighthouse, a stone formation in the canyon, and I wanted to do some cave crawling.  Only one person wanted to go with me.

Mary Ann Marshall was a friend of my sister, but I didn’t know that at the time.  We got in my car and drove off the main path and got as close as we could to the Lighthouse.  With my pocket flashlight and more sense of adventure than common sense, we crawled through the channels water had carved through the clay.  I was willing to make some compromises and choose more conservative routes, but she was game to go everywhere I wanted.  We came out high on the side of the cliff and by the time we had to head back to meet up with the main group, I was impressed by her adventurous spirit and toyed with the idea of asking her out. 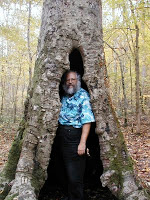 I was a late bloomer.  We were both in high school, but other than events mandated by parents or school organizations, I had never dated.  It was quite new for me when I asked her out to get something at the A&W drive in. 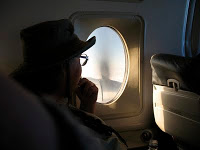 But adventure was what had drawn us together and that never changed.  Dating was as likely to include long hikes as it was to take in a movie.  Our honeymoon was camping out in a cheap tent in the Colorado mountains.  Vacations were marked by just how many miles we could spin the odometer, from a weekend drive to Florida, to Alaska and beyond.  Our two wonderful kids were raised knowing more about geography than their school teachers and more than once had the confidence to correct errors in the text books.

By now, we have visited all the states, most of Canada, some of Europe and Africa.  Any excuse will do.  We’ve chased hurricanes, and I’ve begun to think that they’ve started chasing us.  A few years ago were great, when we were on the road more than we were at home.  This year is a little slow, with medical problems slowing us down, but it won’t stop us.  I’m posting this one to show up automatically on Saturday because we just might be on the road then.  Not sure where.  We tend to take interesting roads as they come. 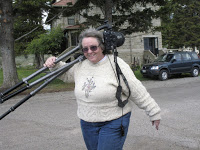 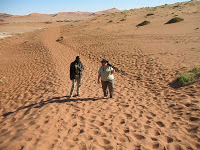 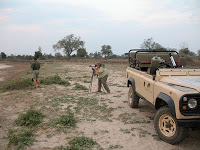