Apps I Travel With: Maps

Just off a long road trip, I thought I’d mention a few apps that were heavily used.  The first one may not even count as an app since it’s built in. 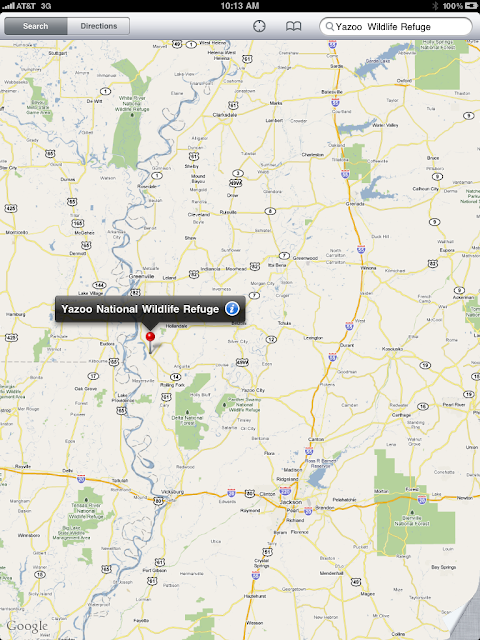 Maps on my iPhone and  3G iPad are no-brainers on trips.  Since I’ve started carrying an iPhone, the paper maps that used to clutter the dash have generally gone away, except when we travel in low coverage areas, like last year when we crossed Canada and we were very, very careful with our bandwidth usage.  This year, I brought my iPad, and it’s a whole new game.  With the greatly increased screen size, you go from just checking your immediate surroundings to scanning the surrounding state to get the big picture of where you are and where you’re going.

Now, the biggest problem with the Maps is when you’re in the woods and there’s no signal to update your maps.  On this last trip it was most notable deep in the Great Smokey Mountains National Park and on the long lonely roads in Upper Peninsula Michigan.  My iPad, with the 3G and GPS is always ready to put the blue dot on the screen, but unless it can get a map update over the air, the dot looks very lonely sitting on a gray grid.  We also had a Mifi, but it was never the case that there was Sprint network where ATT wasn’t.

Back on our Canada trip, and before, I had learned a useful trick to get around poor coverage areas.  While sitting in a good coverage area, scroll the map through the area where you’re going.  This loads map data into Maps cache, and so even if the only signal you’ve got is the GPS, it can display the remembered map.  I try to do it at several zoom levels if I’m worried about needing details.

One thing I’d love to see is a Maps preference to increase to the cache to several GB, and maybe an automated way to load the cache with the surroundings for a plotted route.  I doubt Apple would do that, but I’d buy a 3rd party app that provided that function.

It’s also worth mentioning that I’ve bought other map apps, including the NAVIGON US and Canada app that is huge because of the built in street level maps for both countries.  Interestingly, I didn’t even fire it up in the whole 6000+ miles of this last trip, because the Maps app is so much easier to use.