My Fictional Net, and Encryption 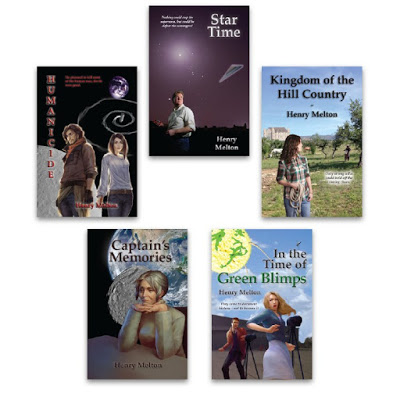 When I began the multi-book storyline, The Project Saga, I had the opportunity to re-invent the Internet from scratch.  Or rather my self-aware AI character Hodgepodge did.  In the first book, Star Time, the existing internet was fried by EMP caused by the Betelgeuse supernova.  After Hodgepodge was put back together from the components wrapped in metal and shielded from the flare, one of the tasks the robot took on was to rebuild long distance communication, and he did it with several changes.

Starting with a variation of Ham Radio and packet-radio, he sent out instructions allowing remote survivors to cobble together salvaged computers and crude modems to build a store-and-forward system.  This crude early version had a few wrinkles that allowed for a new type of Net.

For one, there was a micropayment system, using Net Credits, that was handled invisibly by Hodgepodge.  It allowed elementary commerce to be built, even with this limited infrastructure.  There was an information economy from the beginning, where survival information and news from far away could be had, cheaply.

Another difference was encryption down to the bottom layers of the communication system.  No one could intercept messages other than the person addressed.  In today’s Internet, your messages might be encrypted, but at lower levels, anyone could tell that you were on-line, and that you sent something.  In the version Hodgepodge created, every trace was encrypted—the transport-level information, the micropayment information, and the content itself.

The final piece of the puzzle was rapid and automatic updates.  Some survivor’s original Net connection that had been possibly entered by hand was in a constant state of flux, and getting better and better.  While it was possible for humans to decode the original software, by the time it had evolved and become much more valuable, the users of this new Net were at a disadvantage compared to the machine intelligence running the system.  When the world reached the point where Hodgepodge-designed hardware took over the job, it was impossible for any human to understand.

The new Net had several goals, most notably to bring humanity out of the blackout caused by the Star.  But Hodgepodge had his own goals as well.  Being well-read from before the supernova, Hodgepodge was aware that his own survival depended on his invisibility.  By taking charge of the communication infrastructure of the planet, and keeping it deeply encrypted, he was able to work on the larger stage.  By providing constantly increasing speed and bandwidth to recovering humanity, he provided a service that made it’s continued operation necessary.  It was a win-win situation for everyone.

But just as in today’s headlines, encryption allows bad actors to bring their plans to fruition, and this is spelled out in the novels In the Time of Green Blimps and Humanicide. Unfortunately, in a world where the economy moves at Net or Internet speeds and where interception by third parties is disastrous, encryption is a necessity we have to learn to live with.  Nobody has solved that dilemma yet.

One other point made in the novels is that humanity is gradually losing the ability to program.  Yes, the languages are widespread, and many people use them, but other than some specialists with the necessary training, nobody today really cares about what happens on the chip.  As programming languages get more sophisticated, fewer people need to know about what happens to bits when OR’ed together.  Even people who have programmed computers for decades (like me) would be struggling when faced with a few kilobytes of executable code. If somewhere there were a Hodgepodge analog out there in the real world, how many compiler optimizers and code verifiers would he have to subvert before every user program contained his additional functionality.

The books were fun to write, and the Earth Branch of the Project Saga has been completed.  Take a look, if you have the time.