Book Four of the Project Saga 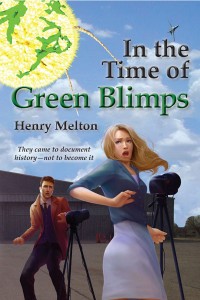 Samuel Bolls’ plan was simple—go to California and parlay his camera and editing skills and the connection with his famous uncle into an entertainment industry career—but fate had other ideas. Rachael Nue, aspiring actress, with enough genetic enhancements to make her perfect saw Samuel as her way to stardom. And the giant living blimps flying overhead had their own fiery date with destiny. A hundred years after the supernova flare had set everything back, the world had been on two conflicting paths to recovery—industrial vs. genetic engineering. Samuel and Rachael’s opportunity to document history was soon going to put them in the cross hairs of a war that would steer the world in one direction, or the other.

Henry Melton’s Project Saga stretches from the current day into a far future where we remake the solar system and discover humanity’s place in the universe.
It’s a history not just of new technologies, but of personal choices.

The book has recently been named Finalist in the Next Generation Indie Book Awards.