My Favorite Book: Tales of the U’tanse

It was plain from the very beginning in Star Time that this saga I was writing had two branches, and it wouldn’t work to combine them in one novel.  No matter that this was hardly the traditional way to write a book series, the off-world branch of humanity needed its own books.

Strictly speaking, Tales of the U’tanse isn’t a novel, but rather a collection of tales covering the first few generations of the human race as slaves on the planet Ko. Their masters, the Cerik, have no lips and could not pronounce human, coming up with u’tanse instead.

‘Adam and Eve on a new planet’ sounds romantic, but those first few generations have some very tough problems. Uncontrolled, the limited genetic diversity would normally doom such a population with birth defects and infertility. In this case, however, Sharon from Star Time was a very capable psychic, able to control the cells of her body and she was able to weed out defective gene combinations just prior to conception. Still, it was a life-long task to raise as many children as possible to conserve what genetic diversity they had.

But her abilities added new complications.  How do you raise a telepathic child to have an independent mind? How can you prevent a community of telepaths from becoming a hive mind?

And there is the question, if the U’tanse ever find their way home to Earth, will they still be human?

With these big questions forcing the early culture of the U’tanse into a shape alien to most of us, I still wanted to write clearly human stories, with people struggling to find their own way in life.

As a writer, I also had to constantly watch out for anachronisms. These people knew practically nothing of American culture, other than a few mentions in the Book, written by their ancestor. Creating a new culture is fun, though.

Cover art was an issue.  From the beginning, I wanted a different look for the saga — different from my YA adventure novels.  The first two were near-current time, and I managed with Photoshop work.  But starting with Tales of the U’tanse, I went searching for character art for the covers, and found an artist in Germany who did a very good job creating the look of the U’tanse, cousins all, living on a world with a poisonous atmosphere.

More about Tales of the U’tanse

Next up — My Favorite Book: In the Time of Green Blimps 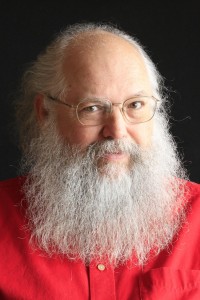